Peabody purchased over 800 acres from several landowners in DuPage County, near Hinsdale. He selected the prominent Chicago architectural firm of Marshall & Fox to design a magnificent 39-room Tudor Revival mansion costing $750,000. It took two years to build and was completed in 1921.

Peabody’s 848-acre “Mayslake Farm”—named after his first wife and daughter—featured elaborate stables and an outdoor arena where prominent Chicagoans participated in horse shows and drag hunts.

Today, Mayslake Hall, with its opulent appearance, rural setting and formality, stands as a rare reminder of the magnificent country houses that once graced the landscape of DuPage County.

To learn more about the Mayslake Peabody Estate, visit them at mayslakepeabody.com.

There is plenty of free parking on location at the Estate. 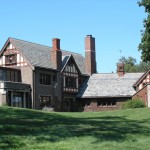 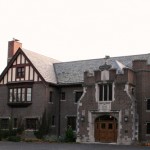 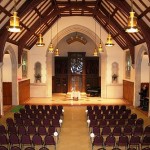