CHICAGO, August 20, 2018 — Chicago Gay Men’s Chorus kicks off their 35th Anniversary Season with the upcoming fall cabaret BANNED TOGETHER, a show comprised of songs that were banned or censored. Join members of CGMC, led by Artistic Director James Morehead, for three performances only on September 14-15, 2018 at Mayslake Peabody Estate in Oak Brook, IL, and at Uptown Underground in Chicago. For more information visit cgmc.org/cabaret.

The show features 22 CGMC singers and eight dancers. Long-time chorus member of 33 years, Terry Wittenberg, will return to direct the show. This will mark Terry’s seventh directing credit with CGMC. “I get a great deal of enjoyment from the rehearsal process; helping the singers and dancers to get to the best performances they can,” said Wittenberg. Banned Together is certainly a group effort with cast members aiding in the selection of some of the tunes in the show.

Audiences can look forward to music by greats such as Rosemary Clooney, Madonna, Olivia Newton John, Bessie Smith, Cole Porter, Billie Holiday, the Kinks, Little Richard, the Who, Perry Como, Van Morrison, Rolling Stones, John Lennon, Queen, and two musical numbers from a play that was shut down in 1937 before it went to Broadway.

Banned Together focuses directly on censorship in the arts, with several of the song selections that are rarely performed. These selections were banned for a variety of reasons, including album covers, videos, misunderstood lyrics, political leanings, or even being too sentimental. When asked why he programmed the show, Morehead said, “Our ability to express ourselves is important, not only in order to ruffle feathers, but also to give a voice to the silenced and expose truth and honesty to the world around us.”

Wittenberg commented on the show’s theme, saying, “It’s exciting to think that words and the ideas they express can have the ability to make people in positions of power frightened or anxious enough to try to keep those expressions from the public.”

The show explores the importance of breaking silence, while highlighting the importance of freedom of expression; thus, shedding light on the evolution of what we find offensive culturally. “By performing songs that were banned, we are giving a voice to those who were silenced. Therefore, we challenge our audience and members to think of where we’ve been, where we are, and how far we have to go,” said Morehead. “The same world that made it illegal for us to be out and proud banned these songs.”

Banned Together kicks off a celebratory season that marks the 35-year milestone for Chicago Gay Men’s Chorus. The themes of the season are about celebration, reflection, and progression. Chicago Gay Men’s Chorus presents two main stage shows and two smaller cabaret shows per season. “Our cabarets provide our members a unique opportunity to showcase their solo talents as well as smaller group numbers,” said Morehead. “I have the chance to coach many of the CGMC members through wonderful moments of learning more about singing and acting, that we then can apply to the larger chorus shows as well.”

Audiences are sure to be entertained, educated, and ready for a good time. Tickets and season subscription are available now at cgmc.org/get-tickets.

TICKETS
Tickets are currently on sale and range from $25 – $35 online with additional ticket fees and $30 –  $40 at the door. For more information and to purchase tickets, please visit cgmc.org/cabaret.

ABOUT CHICAGO GAY MEN’S CHORUS
The Chicago Gay Men’s Chorus (CGMC) has been an integral part of Chicago’s cultural and gay communities since 1983. For more than three decades, the chorus has entertained audiences across the continent with innovative musical programming exploring everything from love to politics to the sometimes fabulous, sometimes challenging world of being gay; often all at the same time. Our always-memorable performances have included original musical revues, full-length book musicals, traditional choral concerts, and intimate cabaret presentations; all punctuated with our signature joyous irreverence.

Most recently, CGMC represented Chicago’s LGBT community at Mayor Rahm Emanuel’s second-term inauguration ceremony.  The chorus proudly sang “America the Beautiful” for the Illinois Marriage Equality Act bill-signing ceremony and was the featured guest choral performer for the star-studded concert, Broadway Rocks, with the Grant Park Music Festival in 2011. Chicago Gay Men’s Chorus was inducted into the Chicago Gay and Lesbian Hall of Fame in 2001 and currently has four cd-recordings available. CGMC has performed the National Anthem multiple times at world-famous Wrigley Field and for the WNBA Chicago Sky and Chicago’s professional soccer team, Chicago Fire. 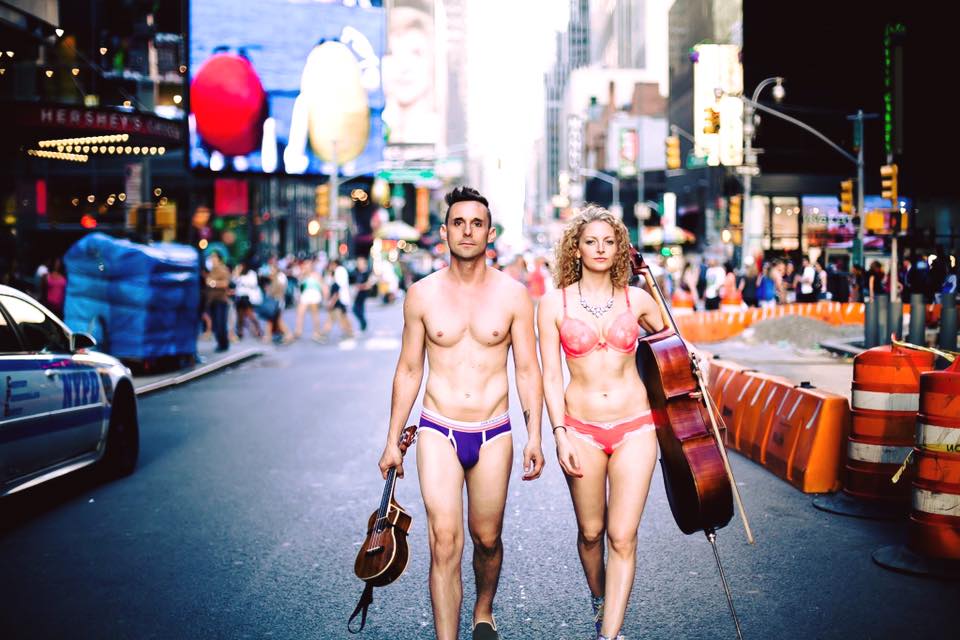